This page is class notes for teaching a class on how to use OnShape CAD to make 3D objects, for the intended application of 3D printing.

(if you cannot do the setup, you’ll just have to watch)

in this class we will

They are very different things. Although they can be used to solve many of the same problems, a direct comparison to them is unfair.

side note: .stl vs .step 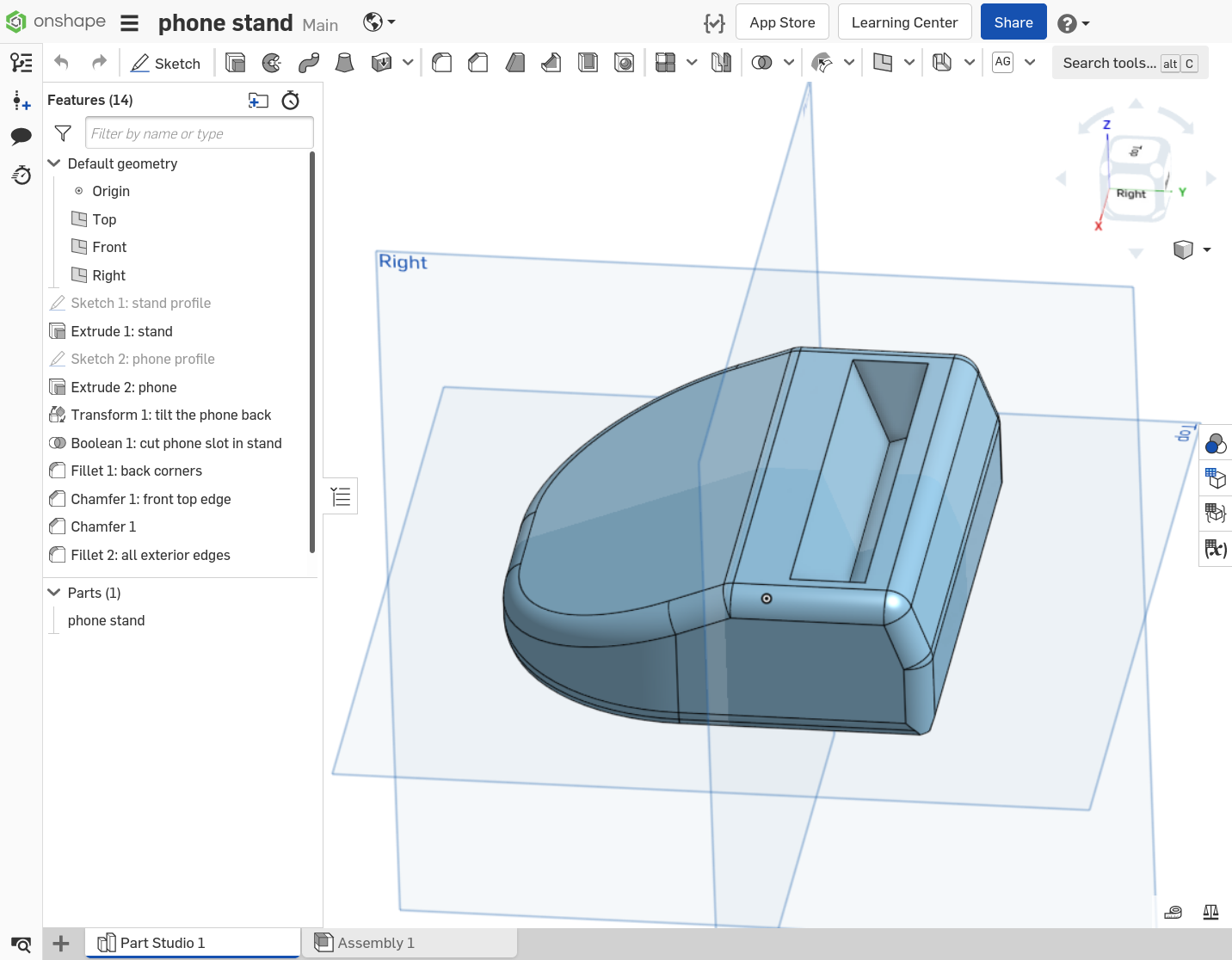 (O indicates out of scope of this class)

This is what tends to work well for me, and (as far as I know) is how OnShape and similar CAD software is intended to be used.

(this is to be demoed in-class, and hopefully participants can follow along with their own devices)

We’re going to make a phone stand that’s perfectly sized for your phone (plus whatever case is on it). Next time you’re in the TS hackerlab, you can even 3D print it! (or you can print it immediately, if you happen to have a 3D printer)

outer profile of the phone stand

now make the phone itself

tilt the phone back a little

add fillets and chamfers to make it look good